Our Company » News « Previous Next »

Congratulations are in order for Housing Visions as they recently celebrated their 25 year anniversary.  The organization’s mission is to “Be the catalyst for sustainable positive change in neighborhoods through real estate development and community collaboration.”  Over the past 25 years, Housing Visions has served 11 cities, revitalized 16 neighborhoods, and constructed or rehabilitated 336 buildings, serving over 2,600 residents.

Appel Osborne has had the privilege of working with the organization on the design of recent and current projects:  Hamilton Homes, VanKeuren Square and Salina Crossing.  Hamilton Homes involved the renovation of an existing housing facility.  Design included improved pedestrian and vehicular circulation and renovated parking including handicap parking and accessible routes.  VanKeuren Square is a new 50-unit permanent supportive housing facility for Veterans that was completed in 2014.  Appel Osborne incorporated green strategies in the site design and the project has received LEED Platinum Certification.  A critical element to the project’s success was Appel Osborne’s participation as an active, communicative team member with multiple agencies and organizations.  Salina Crossing is currently underway and is scheduled for completion in 2016.  This mixed-use development project involves rehabilitating four existing buildings and constructing six new buildings for a total of 49 housing units and commercial space.  Site work includes grading and drainage, circulation and paving, landscaping, and site amenities, and involves coordination with state and city agencies.  As with VanKeuren Square, AOLA is assisting with the pursuit of LEED for Homes Certification.

Appel Osborne congratulates Housing Visions on their milestone anniversary and is happy to be a part of their continued community improvements. 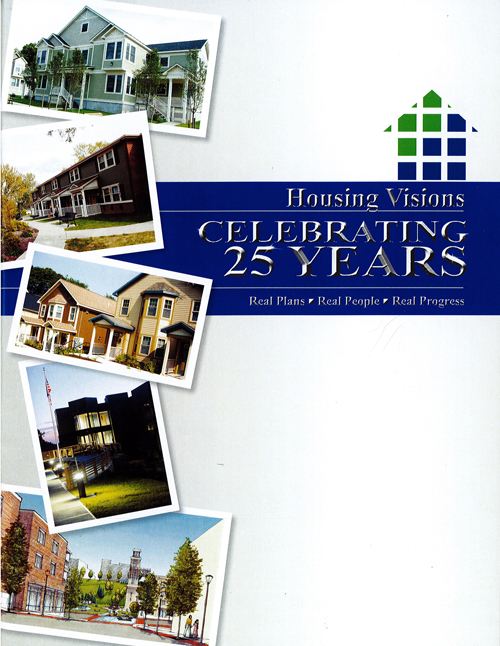 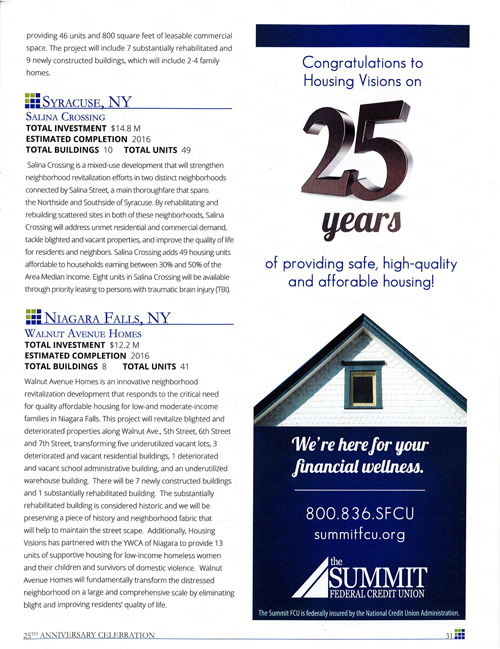 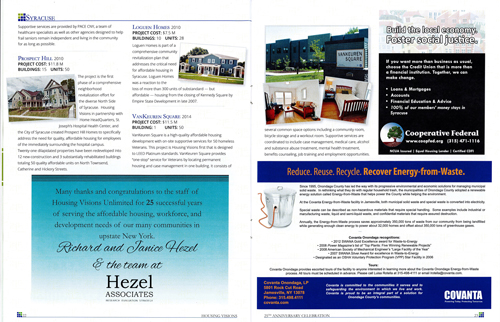